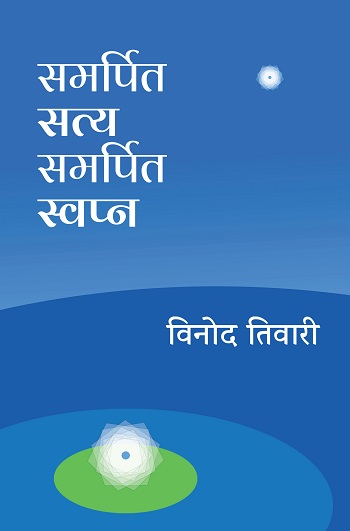 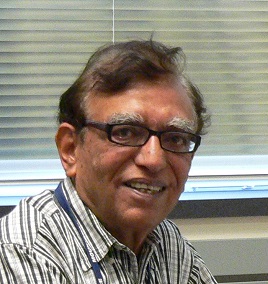 Dr. Vinod Tewary is a native of Hardoi, Uttar Pradesh. These days he lives in Colorado, USA. He is working as a senior scientist in a national science organization. His wife is a retired teacher and his two daughters live in California with their families.

Prior to coming to USA he was a professor and dean at B.I.T.S. Pilani. He did his BSc. Physics from Lucknow University and MSc. and PhD from Delhi University. He has received the Eric Reisnner medal, US Govt.'s bronze medal, Pride of India award and Life-time achievement award for his work in the field of Physics research.

Hindi poetry writing is of particular interest to him. Tulsidas, Ghalib, Sahir and Nirala are among his favorite poets. Dr. Vinod Tewary's poems have been published in Sarita, Kadambini and other publications. His poem has also been published in Anubhuti's prestigious anthology "Hindi kee 100 sarvashreshtha prem kavitaayein". He inherited poetry from his parents. He wrote his first poem at the tender age of 7. At around 10 years of age, his Hindi teacher at school taught him and the craft of poetry and the importance of meter. The main teaching of his teacher, which Dr. Tewary shares even today with newbie poets was that poetry is a worship of Maa Saraswati. It is imperative for the poet to respect the purety and rigor of poetry. Under the guidance of his teacher, Dr. Tewary wrote his first poem that was worthy of publication. This poem was published in "Baal Vinod" a prominent children's magazine of that time, for which he received Rs. 2.00 as reward, which he still fondly remembers.

He has also written stories apart from poetry, which have been published in Sarita and Niharika. He had won the first prize in a stories of bravery competition organized by Sarita.

Since 2001 he has been editing Kaavyaalaya along with Vani Murarka. In his own words, Kaavyaalaya is not only a self-expression but also a personal accomplishment for him, for which he feels gratitude towards Vani Murarka, the founder of Kaavyaalaya.

His personality can be summed up as, "Unshakeable faith in Physics, unbroken affinity to Hindi and endless interest in poetry."