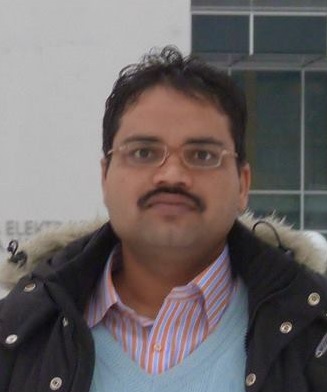 Pradeep has been interested in Hindi poetry since his school days from class 8. In fact he has a special regard for the power of poetry. From class 8 to the completion of education in college, he kept writing off and on. Then for about 10 years there was no output of poetry. In 2012 while he was in Europe (Czech Republic) away from his family, he resumed his writing and became associated with Kaavyaalaya via the internet. Having received encouragement from friends at Kaavyaalaya he felt an improvement in his writing and has been actively writing since then. However, unable to get the time for reading his knowledge of Hindi poetry remains limited to the poems and poets of textbooks.