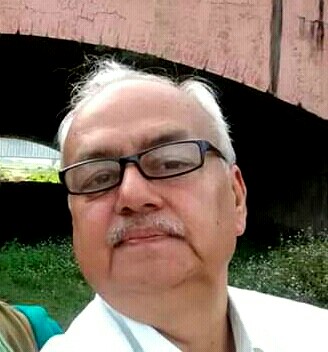 Born in Aaraa, Bihar in 1957, Yadavendra received his school education in many cities and villages of Bihar and then did his engineering from Bhagalpur. He worked as a scientist at CSIR, Roorkee from 1980 and retired as its Director in 2017.

Primary topic of scientific career: Study of Himalayan landslides and earthquakes and their impact on buildings, enviroment conservation via targeted instrumentation, and preservation of artifacts of cultural heritage via scientic aids.

Yadavendra has been a prolific writer in Hindi on the topic of science and has been published in Ravivar, Dinmaan, Saaptaahik Hindustaan, Jansattaa, Navbharat Times and many other publications.

Hindi translations via English, of poems and short stories of international societies have been published in Nayaa Gyaanoday, Pahal, Hans, Kathaadesh, Vaagarth etc. and online on literary websites such as Anunaad, Kabaadkhaanaa, Likho Yahaan Wohaan and others. He was the guest editor of the March 2017 issue of Kathaadesh focusing on women writers.

Other than literature, he is also interested in travel, cinema and photography.